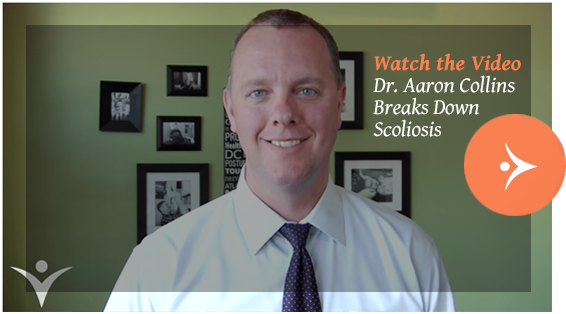 While many people pick up some curvature to their spine as they go through life, for kids with scoliosis, it curves a lot more than it should (and in some unnatural places, too).

Scoliosis is a serious condition in which the backbone curves like an “S” or a “C.” It can happen at different points in the spine, causing it to curve to the left or the right. And it’s more than a cosmetic or structural issue: your spine is there to protect your nervous system, which runs throughout your body and is controlled by your brain. Scoliosis causes your nerves to be stressed, and the ability for vital organs to function properly gets inhibited.

While correcting a curved back helps you stand up straighter, it also promotes a healthy nervous system for life.

Scoliosis almost never corrects itself, and it only worsens over time. That’s why it’s so important to catch scoliosis in children and teens before it gets too bad.

If your child has severe spinal curvature, it’s much more difficult to influence. Surgery may be needed at that point, as the brain, vertebrae and back muscles have learned to hold the curve at this degree.

Fortunately, we’ve seen scoliosis curves improve without surgery when they’re caught and treated early on. The sooner chiropractic care begins, the easier it is to influence curvature in a positive direction. Watch this video to hear Sarah’s success story.

Get Screened On Us

Schools in Washington used to do annual scoliosis checks for kids, but these free screenings are no more. Without them, kids aren’t being made aware there’s a problem until they have pretty significant symptoms.

We’ve decided to remedy this problem here in Burien by offering FREE scoliosis screenings. Because just like you, we want to see your kids getting checked from an early age, rather than watching and monitoring things until they get bad.

The process is simple and non-invasive. We’ll do a visual check of the spine’s alignment, and if something shows up, we’ll be happy to take an x-ray and give you an idea of the magnitude of those curves.

Just because you’re bent, it doesn’t mean that you’re broken.

As a fellow in Chiropractic BioPhysics, Dr. Aaron Collins provides an advanced correction technique in addition to regular spinal adjustments. Treating scoliosis with traction therapy helps to straighten curvature by providing a counterweight that very gently pulls it back into place. It’s a non-invasive approach that happens very slowly, so it isn’t painful. A corrective exercise program for the spinal muscles is also employed to improve the body’s “muscle memory.”

Just like going to physical therapy or trying to build muscle in the gym, traction and exercises should be done consistently to achieve optimal results. Your scoliosis treatment goal is to change your muscle memory so that your musculature remembers to hold your back in a healthier position again.

Do NOT follow this link or you will be banned from the site!